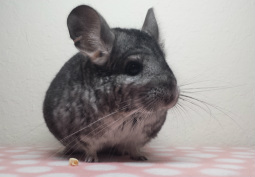 Cassiopeia
Pure Standard (Shoots lines)
I got her from another breeder who specializes in Shoots (high quality standards).
She has gotten multiple awards at shows including Nationals when she was with the original breeder. Definitely a Princess here ;) 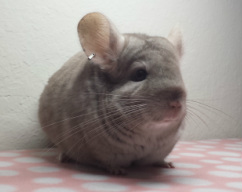 Latte
Also from Shoots lines bred by Tiffany's Chinchillas.
Latte has produced multiple Reserve Champion babies. She has also won multiple awards at shows. She is known as a great mother and takes very good care of her kits. 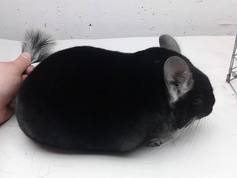 Magic
This is a lovely Black Velvet female from Jeoff Fauber in Ohio! I picked up this cutie at the Empress Nationals =) She won a 1st at an Ohio show. 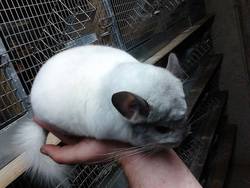 William
Our one and only male is a white mosaic also from Jeoff Fauber! He will be shown at the SEC 2015 show in November. Very cute and friendly =)
Powered by